Super Bowl LVI is fast approaching. Many in the Grand Canyon State are hopeful that the hometown Arizona Cardinals will make a run at the franchise’s first NFL championship.

However, even without a Lombardi Trophy in the Cardinals’ possession, when you look back at the past Super Bowls, the state of Arizona has made its mark.

Of course, there is the instant classic in Super Bowl XLIII when the Cardinals came up just short in a loss to the Pittsburgh Steelers, 27-23, one decided by a Santonio Holmes touchdown catch with 35 seconds remaining.

Look beyond the Cardinals, though. All of Arizona’s NCAA Division I college football programs have been well-represented on the Super Bowl stage. Several pros who played their college ball in the Grand Canyon State have gone to have successful NFL careers. But when it comes to the Super Bowl, which school waved the Arizona flag the highest during the greatest sporting event in the world?

The Arizona State Sun Devils could nearly fill an entire NFL roster with the alumni who played in the Super Bowl. There have been 53 Sun Devils on teams that advanced to the Super Bowl. And that crew has reeled in the hardware. There are 34 total Super Bowl rings among former ASU players.

The most recent championship win came courtesy of former All-American Terrell Suggs. Known as “T-Sizzle,” Suggs was a ferocious pass rusher during his 17 seasons. That time includes a short stint with the Cardinals in 2019 before joining quarterback Patrick Mahomes and the Kansas City Chiefs on their Super Bowl run.

Suggs recorded two tackles to help the Chiefs win Super Bowl LIV with a 31-20 victory over the San Francisco 49ers. That was championship number two for “T-Sizzle.” He previously earned a title with the Baltimore Ravens during the 2012 season in Super Bowl XLVII. That Ravens team also beat the 49ers in a 34-31 win. Suggs 2, 49ers 0. 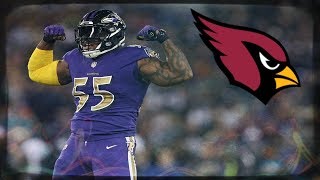 The only ASU alumni currently playing in the NFL with a Super Bowl ring is defensive lineman Lawrence Guy. He has made two trips to the Big Game with the New England Patriots. His team lost Super Bowl LII to the Philadelphia Eagles (more on that game later) before they rebounded to beat the Los Angeles Rams in Super Bowl LIII.

Other Sun Devils to win Super Bowl titles include Pro Football Hall of Famers Mike Haynes and Curley Culp. Safety Darren Woodson won three rings with the Dallas Cowboys, the most of any Arizona State alum. There is a list of historic Sun Devils who played in the Super Bowl but did not win a ring, including Hall of Fame receiver Charley Taylor.

Arizona Wildcats may have most Super Bowl star power

While the Arizona Wildcats don’t have the same number of Super Bowl participants as ASU, their Super Bowl roster is a who’s who in NFL circles. There have been 30 former Wildcats to play in the Super Bowl. And several of them have been a part of memorable Super Bowl moments.

The biggest star among them is arguably Rob Gronkowski. The former Arizona star and current Tampa Bay Buccaneers tight end made his sixth Super Bowl appearance a year ago when his Bucs beat the Chiefs in Super Bowl LV. Those six title games are the most played by any ex-Wildcat. The win also gave “Gronk” four Super Bowl rings, more than any other Arizona or Arizona State player.

That includes former New England Patriots linebacker Tedy Bruschi. The ex-Arizona Wildcat was one of the unquestioned leaders during the Patriots dynasty in the 2000s. Bruschi played in five Super Bowls, winning three rings. He made one of the biggest plays of Super Bowl XXXIX when he intercepted a pass from Philadelphia Eagles quarterback Donovan McNabb. The Patriots went on to win, 24-21.

But the most memorable moment made by a former Wildcat may have come during Super Bowl LII. Late in the second quarter, with the Eagles leading the Patriots 15–12, ex-Wildcat Nick Foles caught a touchdown pass from tight end Trey Burton. The trick play has since been dubbed “The Philly Special.” That play made Foles the first quarterback ever to catch a touchdown pass in a Super Bowl. A movie about this play could soon be in the works.

The Eagles went on to win the game 41-33 over two other ex-Wildcats (Gronkowski and Guy). Foles was named Super Bowl MVP, the only one from Arizona’s D-I colleges.

It’s easy for Arizona State and Arizona players to grab all the headlines. However, the Northern Arizona Lumberjacks are no strangers to the Super Bowl stage.

In fact, 10 former Lumberjacks have played in the Super Bowl and combined for seven rings. But it is one ex-Lumberjack who will have his name in the history books forever.

Mike Mercer was a kicker at Northern Arizona University in 1960, back when NAU was part of Arizona State. He was selected in the 15th round of the 1961 NFL draft by the Minnesota Vikings. He eventually landed on the Kansas City Chiefs team that made it to Super Bowl I. Mercer would kick the first field goal in Super Bowl history. The 31-yard second-quarter field goal helped the Chiefs cut into the Green Bay Packers lead, making it 14-10 before halftime.

As we all know, Vince Lombardi, Bart Starr and the Packers would go on to win the first-ever Super Bowl. But you may not have known that a Lumberjack made Super Bowl history before any Sun Devil or any Wildcat.

Not a bad showing for Arizona colleges on football’s grandest stage.